It is called honeycomb because its structure looks like the shape of honey bee nests. The main reason for the appearance of honeycomb is the improper consolidation of concrete.

Honeycombs can be visually seen on the surface. In such a case, the area affected by the honeycomb is chipped out and repaired. Honeycomb inside the structural component could be estimated by ultrasonic pulse velocity test and x-ray methods

What Causes Honeycombing in Concrete?

Generally, Coarse aggregates settle down at the bottom, and cement, sand slurry remains at the top. The cement mortar could not reach the bottom thus honeycomb appears. Following are causes of honeycomb in concrete due to improper vibration-

If the quantity of sand used in concrete is less than required the pore space between the coarse aggregates remains empty which gives rise to honeycomb.

But in the case of all size aggregates having all the aggregates of the same size the empty spaces between them may not get filled. Thus concrete should have proper aggregate grading.

If concrete is very stiff i.e. WC ratio is lower than required then the concrete may not flow properly and empty spaces between the coarse aggregate may not get filled. To avoid this Good workable concrete should be used.

Less Spacing between the reinforcing bar

If the reinforcing bars are too dense or do not have enough spacing between them in that case coarse aggregates are filtered out and cement sand slurry flows inside the reinforcing mesh. This is also a reason for the appearance of the honeycomb-like structure.

The spacing between the reinforcing bars should be set properly so that concrete can flow without obstruction.

If formwork is not proper or has open spaces then the cement, sand paste could flow out of the component where concreting is done. In that case, the structure is left only with only the coarse aggregate having very little to no fines. Leaking of joints could be a reason for honeycomb in concrete.

Junction of the beam to beam and beam to column may be subjected to the honeycomb because of the heavy placement of reinforcement. The stiff concrete may not get filled in these places even after vibration. These congested sections should be properly designed.

How to Avoid Honeycomb in Concrete

How to treat Honeycomb in concrete

If the honeycomb appears at the surface of the beam or column or any other concrete component and the defect is minor can be repaired by applying fresh cement mortar onto the surface if the concrete is fresh or if the formwork is removed not later than 24 hours.

If the defect is extensive or concrete formwork is removed more than 1 day ago, in that case following repair methods should be done.

A dry pack is a mixture of Portland cement and sand having just enough water to hydrate the cement.

The surface should be properly cleaned and roughened. The bounding grout of cement to the sand ratio of 1:1 in a fluid consistency. All surfaces are thoroughly brushed with the grout and before bonding grout dries up dry packing is done.

Another way is the portion to be received treatment is presoaked overnight with wet rags. The next day this wet surface is lightly brushed with dry cement and packing work is started.

It is the most common concrete repair material. In this method, new concrete is applied to the defective are without the use of a bonding agent or Portland cement grout. The surface is cleaned roughened and kept in saturated surface dry condition.

Repair material should have the same water-cement ratio as that used in old concrete but should not exceed 0.47 by weight. The lowest practical slump should be used. Repair material is then applied over the defective area.

Vibrators like form vibrators are used for removing entrapped air. The lowermost portion of the lift is filled with concrete having a good slump however as the height of the lift increases top portions can be drier and drier.

When this epoxy resin bonding agent is still fluid, epoxy bonded concrete should be applied. This should be compacted thoroughly with vibrators or temping.

Effects of Honeycomb in concrete

Is Honeycombing in concrete bad?

Improper vibration, less quantity of sand, poor Aggregate Grading,  low workability, Less spacing between the reinforcing bar, leakage from the joints, heavy and narrows sections are the reason for honeycombing.

Honeycomb in concrete appears when mortar does not fill the space between the coarse aggregate completely. It is formed due to Improper vibration, less quantity of sand, poor aggregate grading,  low workability, less Spacing between the reinforcing bar, leakage from the joints, heavy and narrows Sections. Honeycombing can be repaired by the application of cement mortar, dry pack, replacement concrete, and epoxy-bonded replacement concrete.

How can Honeycombing be avoided?

What is the effect of honeycomb in concrete?

Loss of strength of Concrete, corrosion in the reinforcement, reduced durability of concrete are caused by the honeycombing. 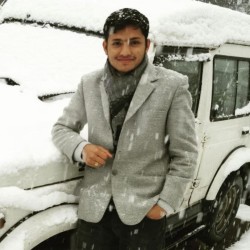